Accounting and control of Internet traffic in Android devices.

When Android devices began to gain more and more popularity among device owners, one of the obvious changes was not in their favor – it was an increase in the cost of using the Internet. Currently, this problem is solved quite simply: you need to connect to an unlimited tariff. However, not everyone can do this for one reason or another.

It is for such people that this instruction is intended for monitoring and accounting of Internet traffic on Android mobile devices: smartphones or tablets. It should be noted that numerous programs have been created for this, both paid and free. At the same time, the Android system itself can count the amount of transmitted information in gigabytes and megabytes.

So, in order to use the capabilities of the Android system installed by the manufacturers, you need to perform several manipulations: 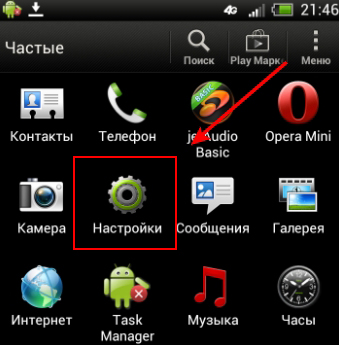 2) Find the line with the name "Data Transfer" and open this sub-item with a simple click or touch. The next thing that appears on the device screen is two inscriptions: "Mobile" with the name of the mobile operator below and "Wi-Fi".  Since "Wi-Fi" is a free means to access the Internet, therefore, you need to click above – on the name of the mobile operator. So it will be possible to switch to the capabilities of the Android system for recording Internet traffic. 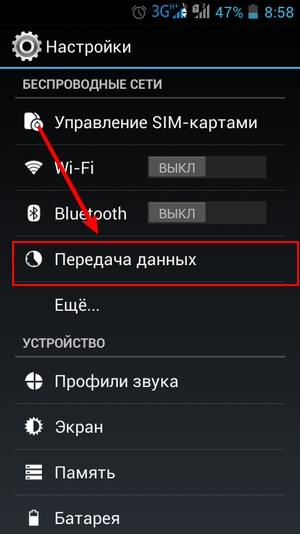 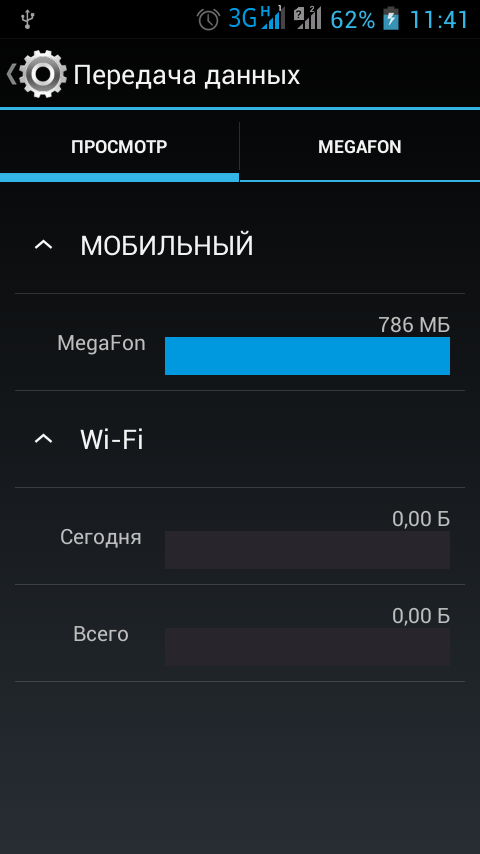 3) The labels "Mobile traffic" and "Set limit" will appear on the screen, and Internet traffic will be visible at the bottom.  In this case, you can perform several manipulations at the discretion of the user: completely disable the Internet or enter a certain limit on the use of Internet traffic, which the system will notify its owner about. For example, Android 4.2.1 Jelly Bean has such features. 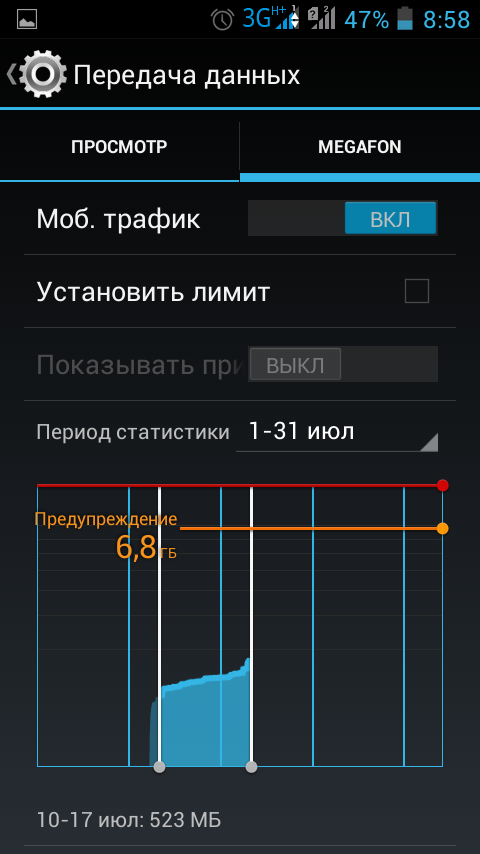 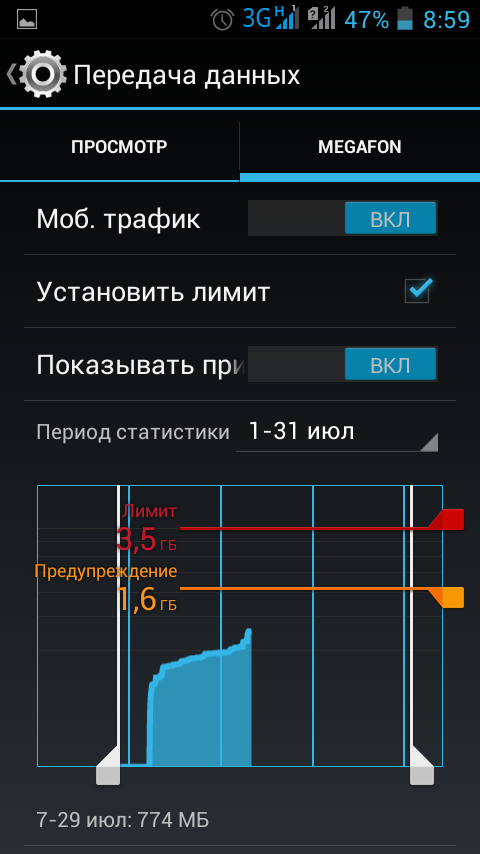 4) The Android system keeps track of the traffic spent, based on a specific statistical period, which is visually confirmed by four sliders in different planes. It is they who help to determine the amount of traffic allocated for a certain period. 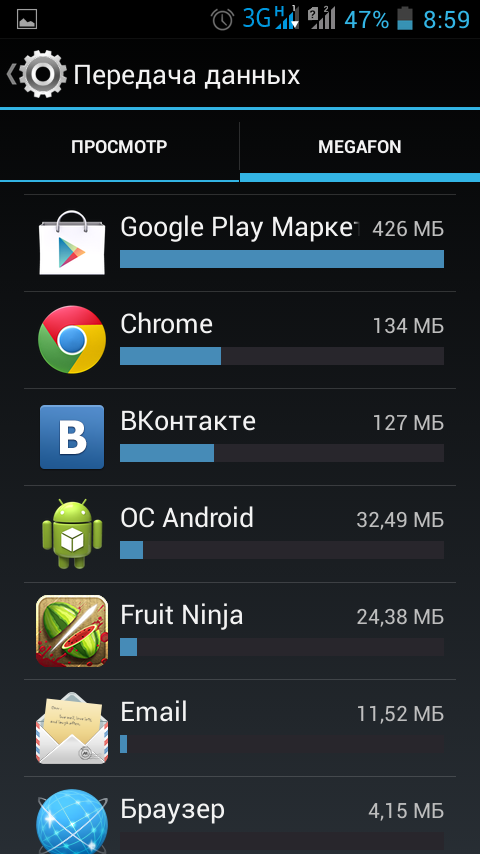 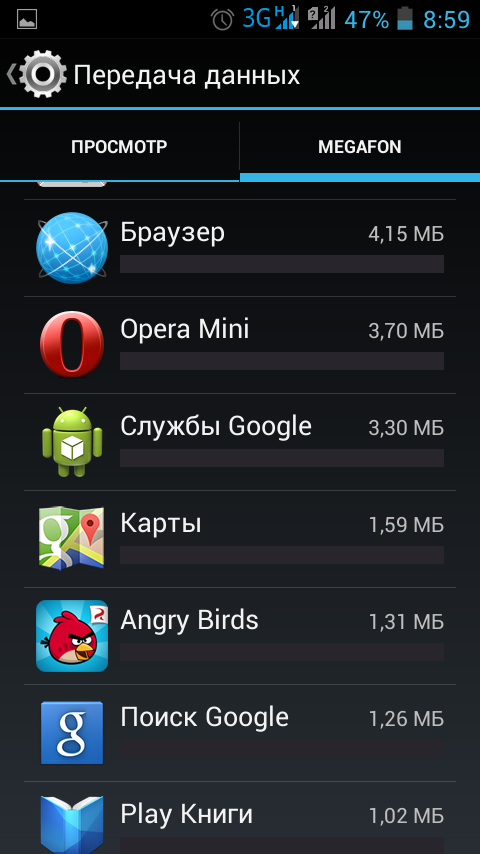 Thus, these capabilities for monitoring spent megabytes and gigabytes on the Internet are provided by the Android system itself and can be adjusted by the user. Of course, the owner of the device can download the program he likes on our Android website and install it as an application. For example, these are the programs "Mobile Counter Pro-3G", "WIFI", "Traffic Statistics", "Traffic Monitor", "Data Traffic Monitor", "Net Counter". If the owner's goal is to stop transmitting Internet traffic, then the "APNdroid" program is suitable for him.