The share of Internet traffic from smartphones and tablets is growing, the cost of devices is decreasing 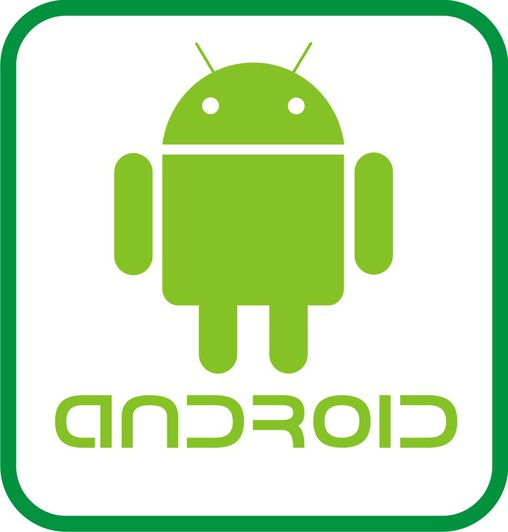 According to the Russian operator MTS (statistics of the third quarter of 2013), the number of smartphone and tablet users is steadily growing, because the price of these devices is constantly decreasing. Mobile Internet is mostly used by smartphone owners, but in terms of the saturation of the transmitted data traffic, they are in second place after tablet computer users.

The most common device for accessing the Internet in Russia is a smartphone. 45% of mobile Internet users use this device to access the Internet. However, the total volume of data traffic for smartphones was only 20% (data at the end of September 2013), which is much less than that of tablet computers. 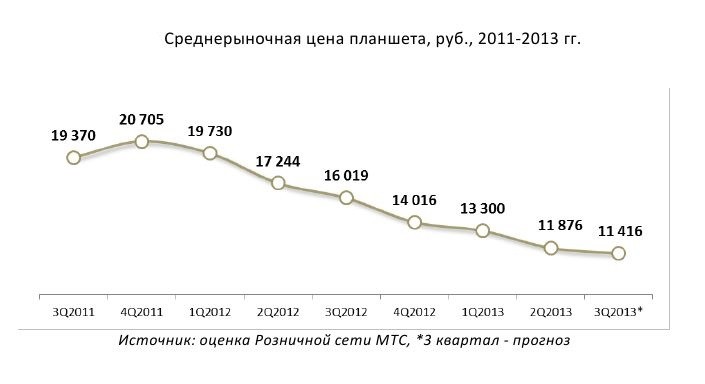 Although there are much fewer owners of tablets than smartphones, but data traffic in Internet networks is already 8% without including data transmitted via Wi-Fi. As a result, on average, data traffic consumption through tablets is three times higher than through smartphones. 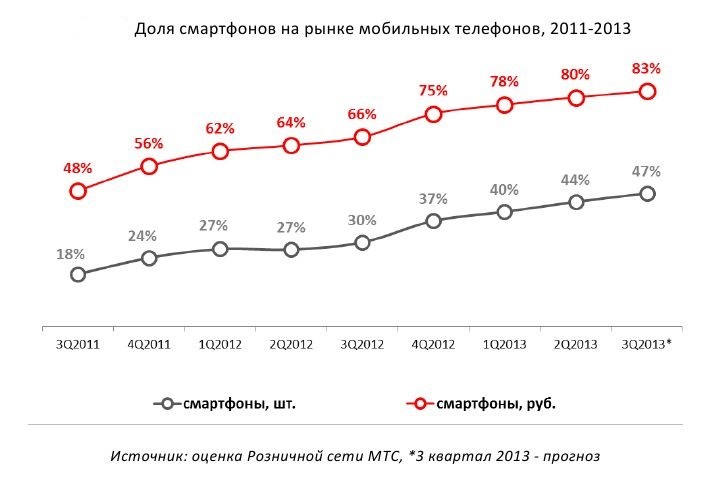