A new tablet from Samsung with a branded S Pen 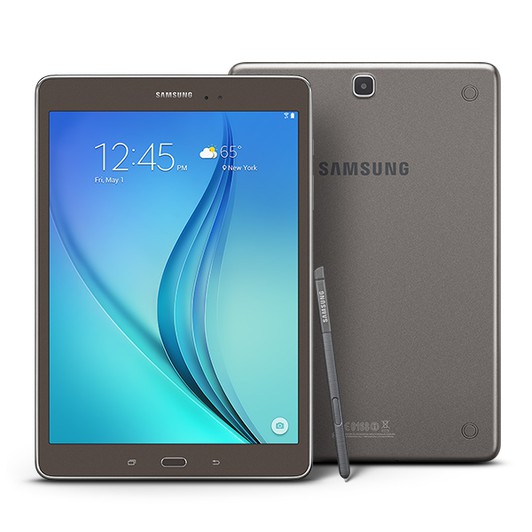 On the official website of Samsung, a new tablet has appeared - Galaxy Tab A & S Pen, which became the first device of a Korean company with a branded pen that does not belong to the top category.

The tablet is equipped with a quad-Core Quad-Core processor, Qualcomm APQ 8016 with a frequency of 1.2 GHz. The diagonal of the screen is 9.7 inches with a resolution of 1024 * 768 pixels. The RAM of the device is 2 GB, and the built-in memory is 16 GB, there is also a slot for microSD memory cards with a capacity of up to 128 GB. The main camera of the tablet has a resolution of 5 MP, while the resolution of the front camera is 2 MP.

Supported formats that the device plays:

The thickness of the tablet running on Android 5.0 is 7.5 mm, and the device weighs 487 g. The 6000 mAh battery provides 14 hours of operation in video playback mode.

The price of the device on the official Samsung website, including a discount of $ 319.