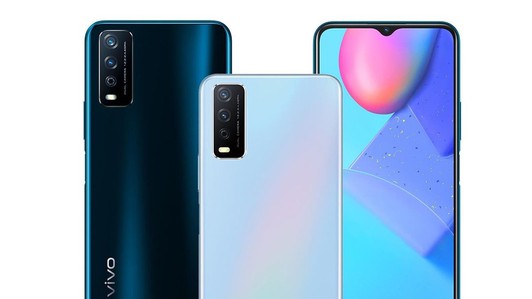 The smartphone was released in China on December 22, 2021, along with its older brother S12 Pro. Both smartphones have many similar characteristics, such as the same design, camera and battery. However, they differ significantly from each other in terms of performance.

The S12 Pro is equipped with the best chipset and has a curved screen with a curved side rim. But the lite version of Vivo S12 also supports 5g at an affordable price, which can confuse the buyer between Pro and non-Pro models. So is the junior model worth the cost, or is it better for the user to choose the Pro version? Vivo smartphones and others in Kazakhstan can be bought on the website of the White Wind - https://shop .kz/smartfony/

Incredibly flat metal edges, antenna lines and golden color look the same as the iPhone, except for the camera island. If it were not for the camera, it would be difficult for the user to distinguish one from the other. Many smartphone companies tend to copy Apple's design, and Vivi is no exception. The back panel of the phone is made with a matte finish and is available in three colors - black, yellow-gold and blue.
The smartphone's display has a diagonal of 6.44 inches and a resolution of AMOLED Full HD+ with a refresh rate of 90 Hz. The screen also has an HDR10+ certificate, and the screen-to-body ratio of 20:9 makes it convenient to use.

Inside the smartphone there is a 6 nm Mediatek Dimension 1100 SoC processor, which is slightly different from the Mediatek SoC processor of its older brother S12 Pro. Built on a 6nm process technology, this processor can accelerate to 4x 2.6GHz on powerful Cortex A78 cores.

Also, 8 and 12 GB of RAM are responsible for the speed of operation, as for storage memory, there are also two options for 128 and 256 GB.

The device is running Android 11 OS with the latest Origin OS Ocean shell from Vivo. Although Vivo has not given much detail about how many Android updates the device will receive during its operation, judging by the company's past track record, we should expect at least 1 major Android update, as well as 2 years of security updates.

Speaking about the camera section, it should be noted that the main rear camera with a 108 MP matrix is capable of taking detailed pictures with natural colors. The images are bright and have a high dynamic range during daytime shooting. But night shots can be a bit grainy, and that's where a special night mode comes to the rescue, which manages to restore some of the previously lost details. The second 8-MP camera is an ultra-wide-angle sensor with a viewing angle of 120 degrees, there is also a 2-MP macro camera.
The camera's main sensor can record 4K video at 30 frames per second, and the EIS gyroscope compensates for the lack of OIS.

The smartphone is powered by a 4200 mAh Li-Po battery with 44W fast charging. The company claims that it can charge the phone from 1 to 60% in just 30 minutes.

If you like the design of the iPhone screen, you may want to purchase the Vivo S12 smartphone. The main attraction of the S12 smartphone is the AMOLED display, rear camera, dual front camera and 5G support. You can definitely choose Vivo S12 as you will get decent specs for high-level gaming and multitasking.