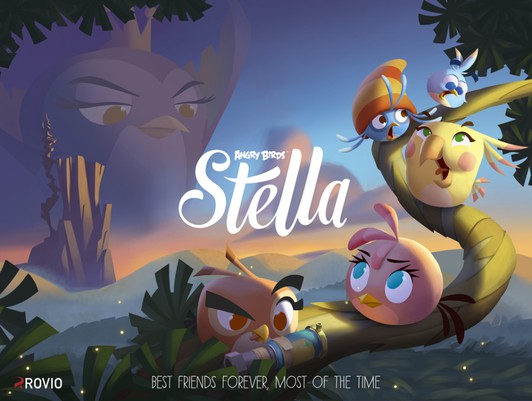 Angry Birds is one of the most popular games not only among children, but also among adults. Many people liked to shoot "angry birds" every day and several times. However, recently the popularity of this game has declined, so the developers from Rovio announced the creation of a completely new world in the Angry Birds series - Angry Birds Stella.

According to the company, this game will reveal new facets of possibilities in the world of virtual birds. The new character Stella will help pass interesting tests, take part in saving the world, improve the environmental situation and cheer up all players. It will be possible to find a way out of the proposed situations with the help of creative thinking and an ambiguous vision of the problem. There is no more specific information about the upcoming changes, just as there is no data on the recommendations of the age plan.

The manufacturing company plans to present the game in the fall of 2014, so interested parties can only wait and hope for a truly unusual version of their favorite game.